When the International Union for Conservation of Nature (IUCN) talks about rewilding, the world listens to a global authority guided by the research of a renowned Cumbrian expert.

Professor Ian ConveryThe work of helped shape thinking about rewilding within the widely respected organization, but it was his focus on local species introductions to some of the UK’s most deprived areas that gave the most of satisfaction to the eminent scholar of the University of Cumbria.

The Earth’s biodiversity is in crisis and rewilding, which involves giving more space and time to nature, offers essential recovery solutions. Instead of managing ecosystems to preserve particular species, it gives wildlife the freedom to thrive and habitats to regenerate naturally.

Although controversy and misunderstanding have hampered the process, it goes far beyond a public perception of the reintroduction of stray wolves and lynx. The IUCN used Professor Convery’s extensive studies to back up the guidelines – and the acceptance.

By actively supporting rewilding to address declining biodiversity and reconnect with nature, the union has propelled the practice into mainstream conservation. For a body of 208 leading states and government agencies, taking these recommendations into account was a world first.

“For some time now, IUCN has highlighted the need for a change in attitude towards nature, which was also highlighted in our government’s recent Dasgupta report, calling for greater understanding and more great public engagement, particularly through schools,” explained Professor Convery.

“It is reassuring to see that our ideas are now part of accepted political and governance arenas.”

It’s a theme taken up in local projects where his research and involvement have played a central role, including working with communities to dispel myths and prejudices.

Through the university he took part in a mission to revisit the first beavers in Cumbria for 400 years, an initiative which generated substantial public interest.

But it is the Back on our Map (BOOM) project to encourage local people to get involved in a vast four-year reintroduction program for 10 endangered species of which he is particularly proud.

With the university playing a leading role, it is supported by the National Lottery Heritage Fund and works throughout South Cumbria. The objective is to carry out pioneering actions to encourage all ages to reconnect with their natural environment.

‘Barrow-in-Furness is part of the catchment area, an area of ​​multiple deprivation, which has seen volunteers come forward to help us,’ Prof Convery said.

“Through BOOM, we are giving communities a voice, as well as Haverigg Prison, where inmates worked on tree nurseries as part of our plan for 650 aspens, seen as a potential replacement for the roughly 80% ash tree that won will not survive dieback.

Rewilding has come a long way since it emerged 20 years ago from its roots as a radical conservation movement in the United States. Despite a difficult journey, he finds himself firmly established, but with still a long way to go.

How to win hearts and minds by addressing fears and misconceptions – and working closely with the public – was a crucial part of the research. IUCN has long advocated for early engagement and participation, particularly when it comes to species reintroductions.

Professor Convery said the feelings of “alienation, dispossession and dislocation” expressed by some needed to be addressed and sorted out.

He was appointed Co-Chair of the Rewilding Thematic Group of the IUCN Commission on Ecosystem Management when it was established, one of six commissions providing expertise and policy advice to the union, which led to the adoption of the principles.

The pioneers of rewilding have made their presence felt at workshops in Florida, London, the Society for Ecological Restoration conference in Cape Town, and Tsinghua University in Beijing.

The importance of public involvement in reintroductions was demonstrated by the proposals for the Eurasian lynx in Kielder Forest, where it was ultimately decided not to go ahead with the plans.

The decision was based on the conclusion that there had not been enough local support.

“There are preconceived ideas,” Professor Convery explained. “Elsewhere in Europe, people are used to living alongside predators. It may not always be problem free, but there is a level of acceptance.

“Radical ideas usually take between 10 and 20 years to become mainstream – sometimes less, sometimes more. The key question is whether we have 20 years to work on biodiversity loss.

“We need to start thinking and acting immediately to avoid species extinctions, ecosystem collapse, and ultimately protect our own future on the planet.”

Professor Convery has been asked to lead the Natural Capital Laboratory, which will see 100 acres in the Scottish Highlands restored to native forest, inspiring people to connect with the environment and reintroduce locally extinct species.

Through images, video and audio recordings, habitats and their wildlife will become accessible and appreciated. A live recording will be updated as activities, data, conditions and values ​​change over time.

“It will be, he says, a major focus of public interest, as well as ongoing research.”

His colleague from the University of Cumbria, Dr Volker Deecke, appeared in a BBC Countryfile program dedicated to the lab:
https://www.bbc.co.uk/iplayer/episode/m000yq08/countryfile-highlands-rewilding

Rewilding is now being used as a way to address global decline and connect people to their surroundings in a way that has never happened before.

He’s out there, getting attention, has been featured on Radio 4’s The Archers, which the Prime Minister has talked about. And for Professor Ian Convery, there is an ultimate goal.

“I want to see fully functioning ecosystems with little to no human intervention. I would like to see a future where we don’t need conservation!”

The image below shows Professor Ian Convery in the field in the Bolivian Amazon, where he worked with colleagues from the Amazon University of Pando. 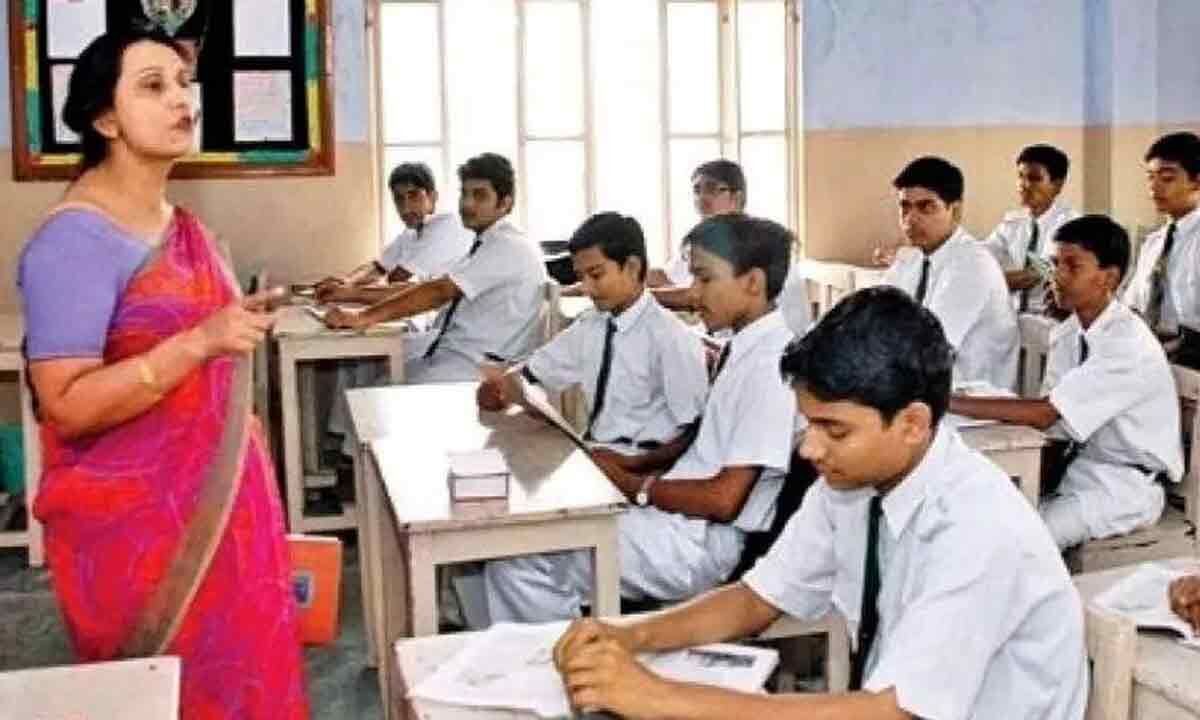 Hyderabad: Private school teachers still get half their salary, with only one month left for …